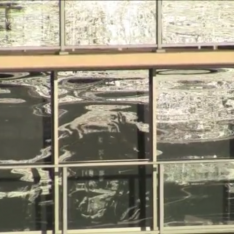 A poetic non-fiction film about motherhood on the US-Mexico border. These figures (mythic and otherwise) manifest themselves at Friendship Park–a space where families on either side of la frontera can come together, but under extreme conditions of surveillance. Guided in part by conversations with the filmmaker’s matrilineal family, the film concerns itself with relationships between bodies, space, and the shared land and history in the San Diego-Tijuana region.

This film played at the Provincetown Film Festival Screening Series in 2016 and the Association for the Study of Women and Mythology 2018 conference, the Museum of Reclaimed Urban Space in New York City in 2019, and at the 2020 Conference for the Association for the Study of Women in Mythology. It was also programmed as a part of Arte on the Line in San Diego-Tijuana, an event that Emily organized.